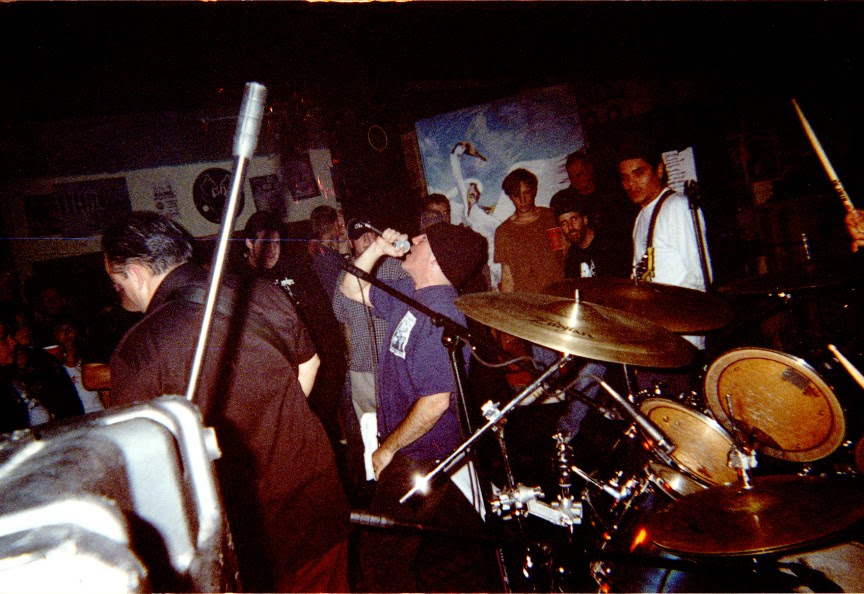 This photo is of Dr. Know in 2000, playing at The Furnace. Dr. Know were one of the early "nardcore" bands, a group of Southern California hardcore and skate punk bands mostly associated with Mystic Records (other nardcore bands included Aggression, R.K.L, and Ill Repute). Brandon Cruz, who would later front the re-formed Dead Kennedys, fronted the band from 1981-1983. The band had a revolving door for members and eventually broke up in 1991. Cruz, along with original bassist Ismael Hernandez, reformed the band in 1998. Since then they've released a few records and played a handful of shows. For more information and to hear a few Dr. Know songs, go here.