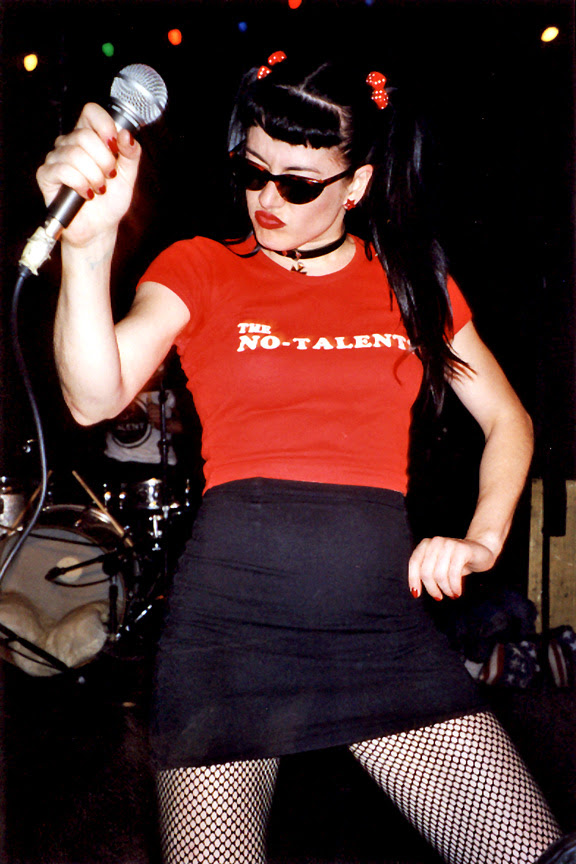 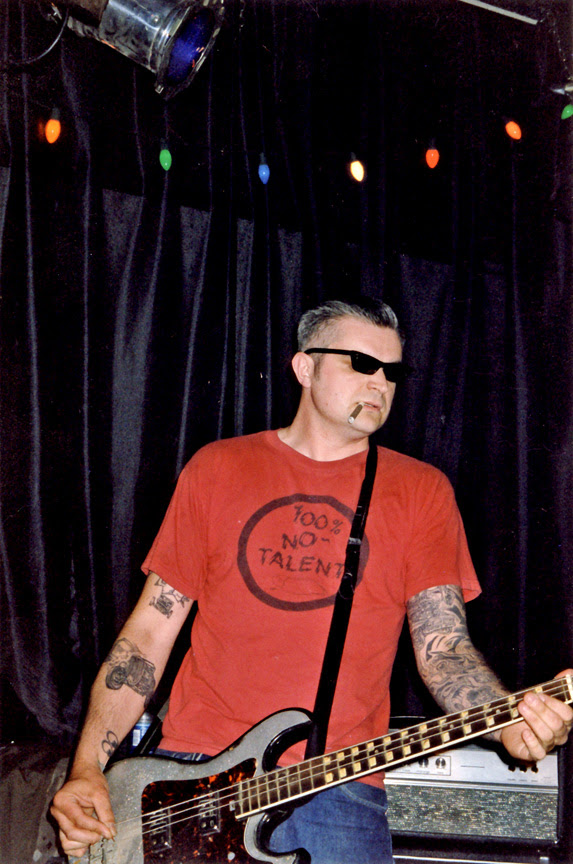 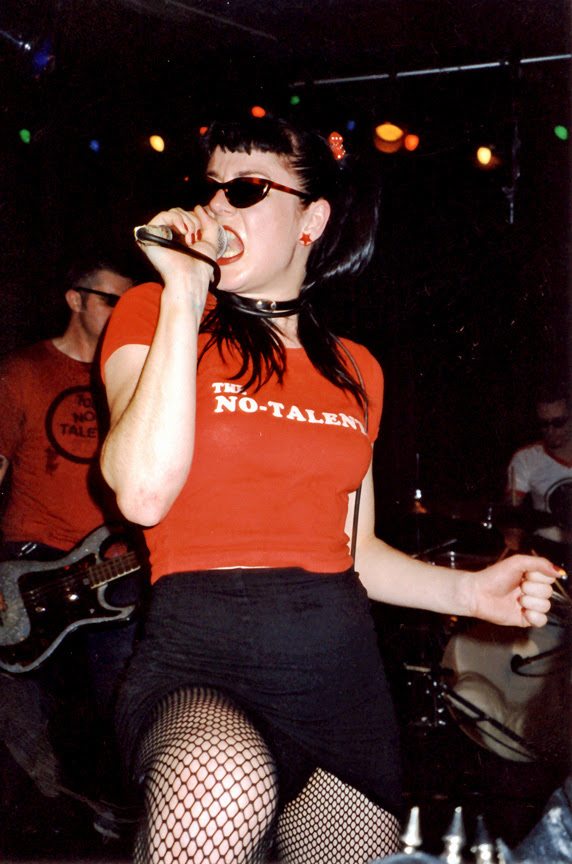 The No-Talents hailed from Montrouge, France. They combined the sounds of '70s punk with garage rock and burst onto the scene in July of 1995. The next year they debuted on vinyl with a single and their "100% No Talent" LP (released first on Wild Wild Records). The LP was re-released in the U.S. in 1997 on Broken Records. In 1998, Bellingham's Estrus Records released their second LP, "Want Some More!" Both records are fun, crass, raw and packed with energetic songs with female vocals. These photos are from May of 1998 when the band toured the U.S. and played at the Breakroom on Seattle's Capitol Hill (now Chop Suey). The band broke up in June of 1999.

Lili Zeller is married to Jack Ansellem, together they both played in another great French punk band called The Splash 4 and run Royal Records, which has a Northwest tie-in, because they released the A-Frames "Crutches" 7". They also run a smaller label called Polly Magoo that in 2006 released the vinyl version of The Intelligence's "Bordeom and Terror" CD with extra songs under the title "Let's Toil." Lili has some solo stuff out now, if you check the Polly Magoo MySpace page you can hear a few songs and get more info.

Email ThisBlogThis!Share to TwitterShare to FacebookShare to Pinterest
Labels: Estrus, Splash 4, The No-Talents