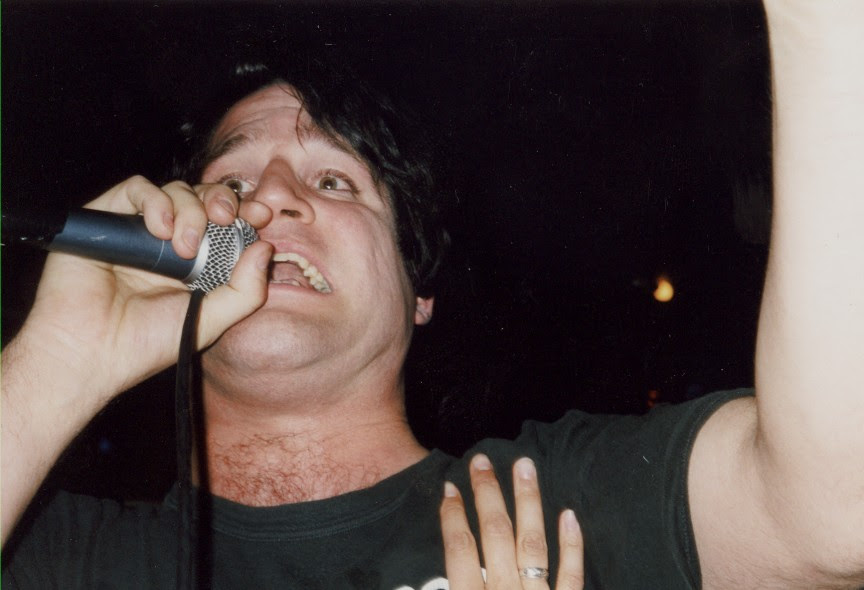 I've mentioned my insane fandom for the New Bomb Turks and their music before, especially their 1993 debut album "Destroy-Oh-Boy!!" Not only did they have a big impact on me, but I think they played and important role in the whole garage punk/rock revival that hit in the mid-'90s. This is a picture of lead singer Eric from a show at the Off-Ramp the band played in the late nineties with the Bomboras.

insane turks fandom is only natural. i thought i heard that these guys had gotten back together for at least one show, hopefully a tour or new music will happen.