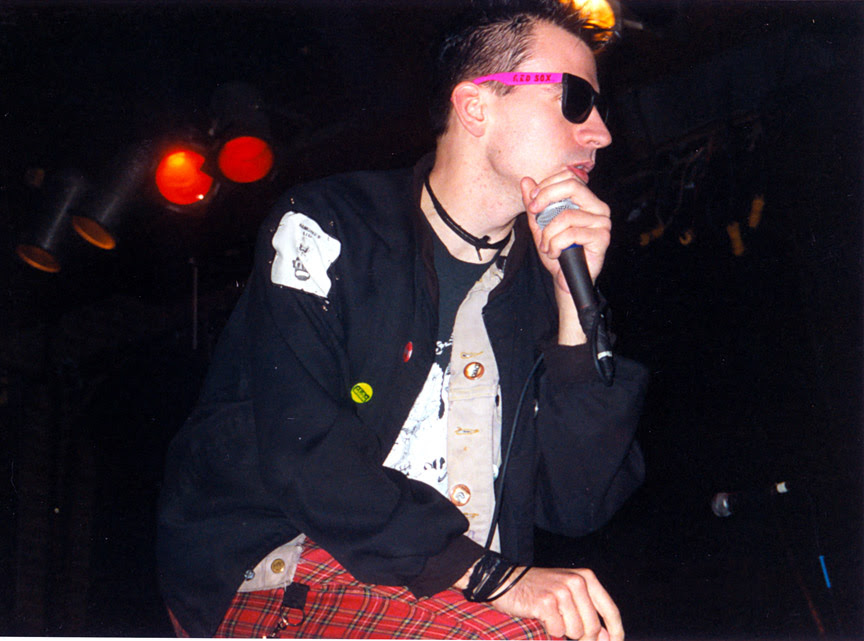 The Blanks '77 formed in 1990. They made some noise with a few singles, went through a few line-up changes and played out a bunch, but it wasn't until their album "Killer Blanks" was released in 1996 on Radical Records that the band got a significant following and toured the States. As their name implies, the band had a '70s punk sound, and I think they nailed it quite well on their first two albums. Mike's vocals were particularly snotty, which I tend to love. This photo is from when the band played live at Seattle's Rkcndy in August of 1997, also on the bill were The Catheters, The Retards and The Anti-Heroes. Kinda weird line-up and show.