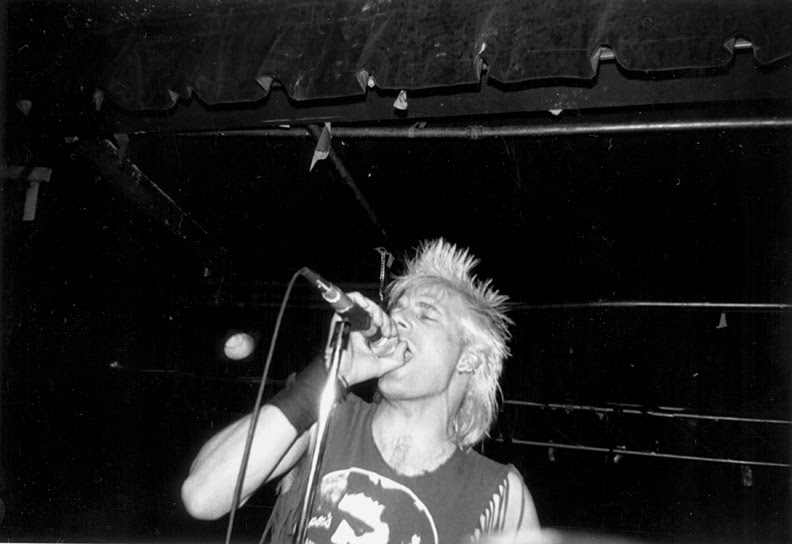 Named after the acronym for the assault offense of Grievous Bodily Harm, GBH formed in 1979. Their sound is often described as UK82 (not then, but now) as they were part of the next wave of UK punk bands that got big after the '70s punk era. Many of the UK82 bands were featured in the 1983 movie "UK/DK," which is definitely worth watching for the live footage, as well as to see how stupid some of the bands you liked growing up really were. Especially The Exploited, although I don't think that would surprise anyone given their lyrics. The movie has been released a few times, I think most recently on DVD by Cherry Red with added footage from 1996's Holiday in the Sun festival. I have the original on VHS and a BYO Records re-issue of it from 1995, who the hell knows why I've kept both. Other bands that fall under the UK82 label include Discharge, Disorder, The Exploited, Chaos UK, Amebix, The Varukers and a few more that embodied punk fashion (spiked hair and clothing), political and socially conscious lyrics, a fuck you attitude and played pretty straight-up punk.

This photo is from when GBH played the OffRamp in the early '90s. There was a big brawl with Nazi skins at this show when Colin the singer called them out. The crowd ended up at blows with them and pushed and punched them out of the club, then the show continued. Although for many of us GBH peaked in the mid '80s, the band is still around today releasing music and touring like mad.