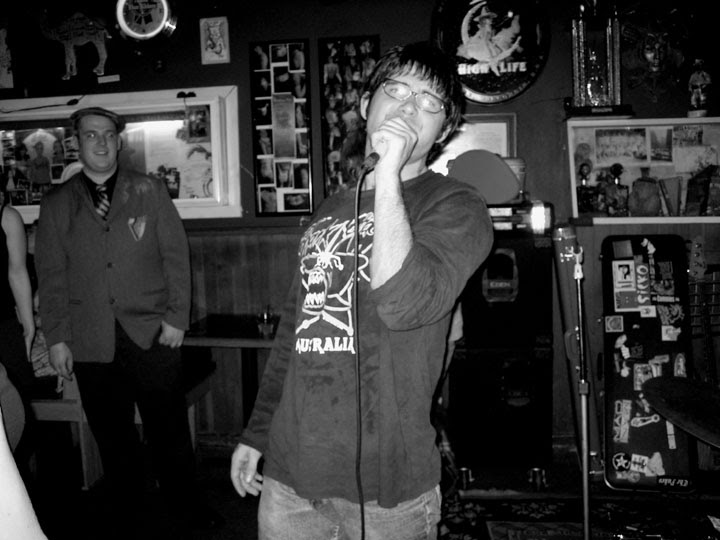 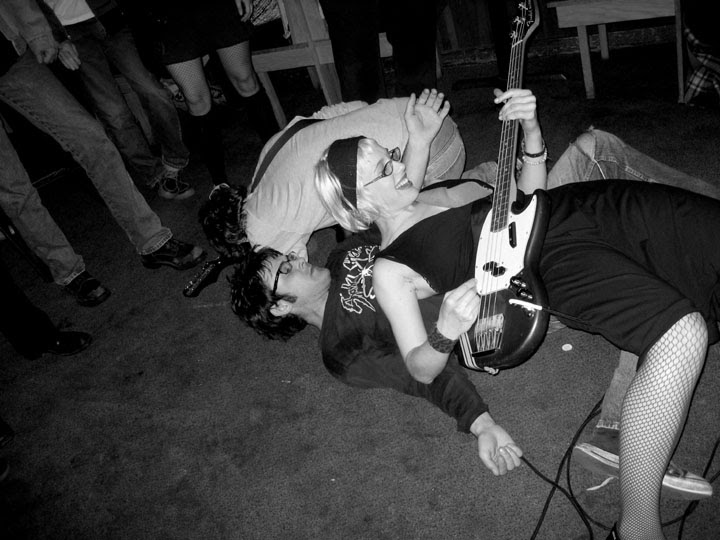 After catching Reptilian Civilian live at The Monkey Pub, I wanted to slap myself for missing their set a few months before at an earlier show. It was an honest mistake, really. Between bands at a show at The Lobo, all my friends wanted to go down to Mars Bar for a drink. The drink lasted too long, by the time we got back Reptilian Civilian had played and the Rock'n'Roll Adventure Kids were setting up. At the time it meant nothing to me, I'd missed a band I'd never heard of, although Owen said they were great. So a few months later I checked them out at The Monkey Pub. Within 30 seconds I thought, "Holy fuck, these guys are awesome! How could I have skipped their set?" Reptilian Civilian lurk halfway between the rawness and speed of The Motards, the slower rocked-out garage punk of The Valentine Killers, and they even throw in some indie pop. Their live act is bolstered by drunkenness and a singer who jumps, rolls and wallows with complete abandon--EXACTLY HOW A SINGER IS SUPPOSED TO. When I saw them at The Monkey, the whole band joined in and pig-piled the singer on the floor on their final song. Hell yes! They're from Portland and they play Seattle often, so go see them. They have a few songs up here too.