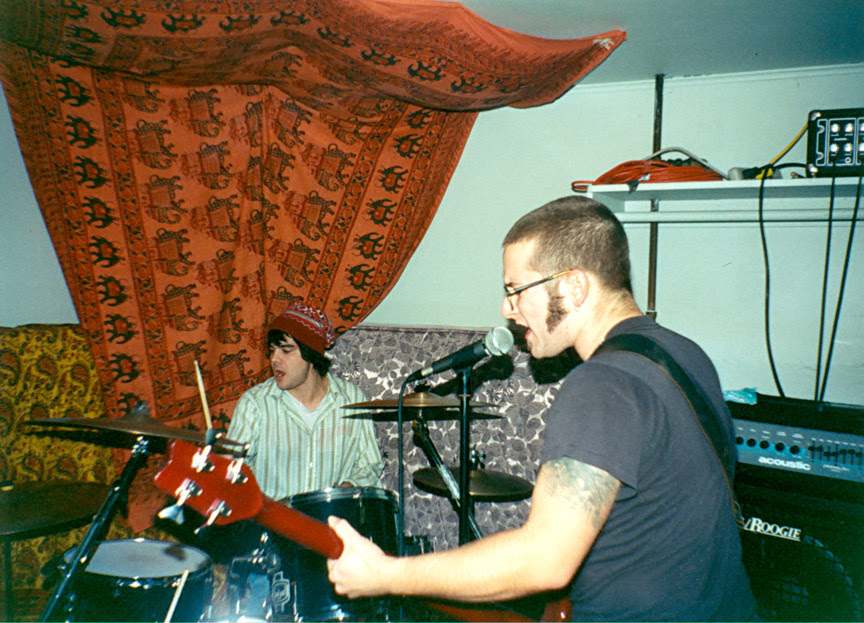 This is a photo of Brother Buzz practicing in their basement back in 1992. Brother Buzz was a short-lived Seattle band in the early '90s playing melodic punk, they released one single on Empty entitled "Dynamite" before disbanding. Drummer Tyler and bassist Adam, both pictured, went on to start the Kent 3 with Mike Pitts on vocals the following year. Oddly enough, the Kent 3 today, while a great band, features none of the original members.

I stand corrected. For some reason I thought Konny was new to the band when he replaced Mike on vocals... I don't think I knew Konny back then and more new Adam, and I probably didn't get the whole Viv = Konny from reading the band members on backs of their early releases.

Yeah, Konny Michael Kindlund (aka Viv Halogen) was was the original guitarist.
all of his friends called him mike, but since Mike Pitts was the orginal K3 singer he came up with the viv stage name (that's a real name of a friend of his mothers from bellingham) but as he got older he got more comfortable being called his first name instead of his middle name.
i personally am damn glad my parents didn't name me konny.

it definitely wasn't our basement at the house of wong-where adam lived- it's way too nice. but the tapestry looks familiar. it's all hazy.....